We wanted to take this opportunity to thank everyone that participated in our Spring Challenge over the past month. Not just our volunteers but also our partners at SciStarter, Project Budburst, and the Zooniverse for helping us spread the word through social media, newsletters, and blog posts.

We launched our Spring Challenge on March 7 and ran it until April 4. With your help, we were able to classify the 9,512 images of spring (our initial goal) by March 23. A week and a half early! Being that it is currently fall in the southern hemisphere, we then uploaded our images of fall for classification to keep the momentum going. By the end of our challenge, we had reached 60% of our fall goal as well! During the entire campaign, we had 1,598 registered Zooniverse users and 4,008 unregistered users from 105 countries do 56,756 classifications. IMPRESSIVE! If you want to see how all these data from the spring and fall classifications will be analyzed, please read this earlier post by Dr. Kosmala. We will continue to provide updates on the analysis as it is completed.

Also, please note that Dr. Kosmala and two other researchers (Drs. Koen Hufkens and Josh Gray) from the Season Spotter team answered questions related to climate change, phenology, citizen science, and the Season Spotter project during a Reddit.com #AskMeAnything on March 31. To see the questions and responses, you can visit this site. It’s a great way to learn more about all the research being done by the team and how your contributions fit into the big picture. Again, thanks to everyone for helping us meet and go beyond our goal for this challenge! 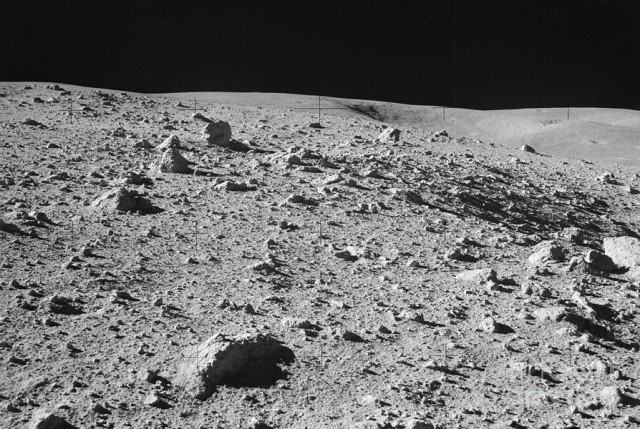 Our lunar PhenoCam helps us track seasons on the moon. Because of the minor tilt in the moon’s axis (only about 1.5 degrees), seasonal change on the moon is subtle and hard to measure with on-the-ground methods.

The still waters of Lake Crescent in early spring reflect the surrounding hills and mountains in Olympic National Park, Washington.

Spring is just around the corner!

What will this do for spring phenology? It’s hard to say; the deciduous trees up north are still in a state of dormancy, but I expect it won’t be long before we start to see some buds swelling. The conifers are already starting to get a bit greener a full month earlier than normal. (Their foliage loses some of its vibrancy during the winter, as chlorophyll pigments degrade.)

One thing that I think is great about the PhenoCam network is that it enables citizen scientists to be armchair phenologists. You can travel to different corners of North America to see what the plants are doing, in near real time, all from the comfort of your living room! The green wave of spring is going to be moving north pretty quickly, and through PhenoCam you can watch it spread across the country.

It’s worth checking out what’s happening at the Duke Forest in North Carolina right now. The buds have just started to burst, and it’s pretty neat to browse through the last week’s images and see how rapidly things change from day to day.

Have fun surfing the green wave! 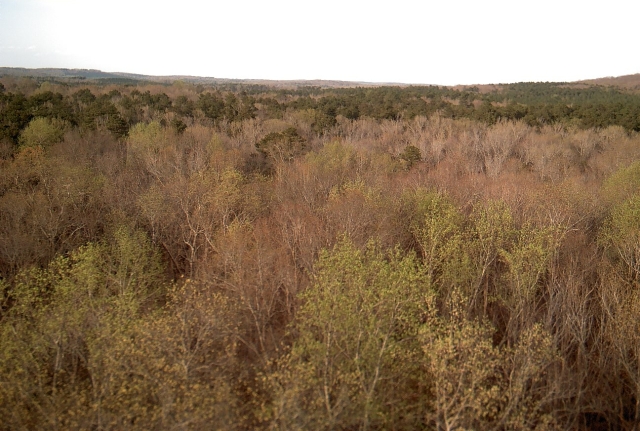 With all the different colors, it might look like fall. But this is a spring picture taken at the University of Michigan Biological Station in May of last year. Note the yellowish color of the new leaves as they unfold.

Phenology from north to south

If you live in what is called the temperate zone of the northern hemisphere, generally defined as above the Tropic of Cancer at 23.5º latitude, but below the Arctic Circle at 66.5º latitude, you are probably aware that things are warmer down south.  And, since we know that leaf phenology is largely determined by temperature, you may suspect that phenology would be different in these places.  You would be correct!

In the northern hemisphere, leaves in more southerly climates appear earlier on trees in the spring, and stay on longer in autumn.  This is illustrated in the following figure from this scientific paper:

We see in panels (a) and (b), that in North America, vegetation green-up, an indicator of the start of spring, begins earlier in the south (blue color), while in autumn the leaves hang on longer (red color).  A similar trend is seen across Eurasia in panels (c) and (d).  You may wonder where information at such a vast spatial scale comes from, to make images such as this.  The answer is remote sensing, a technique where satellites orbit the earth at regular time intervals.  As they do this, the satellites gather images of earth’s surface, and how it changes over time, for example as leaves emerge and senesce.  An earlier blog post by Eli Melaas can tell you a little more about the fascinating practice of remote sensing.

The link between phenology and latitude is important because it allows scientists to study how different climates can affect the same kinds of plants.  This does not happen without some effort, though:  the plants that are native to a certain place are said to be adapted to their local climate.  So the temperature effects on phenology of an oak tree in Florida might be quite different from those for an oak tree in Massachusetts, due to local adaptation.

Scientists overcome this issue by making what are called common gardens.  In common gardens, plants that were originally grown in the same place are transplanted to new locations, to see how they fare in different climates.  This is more easily done with small plants, and one of the largest common garden networks consists of cloned, or genetically identical, lilacs and honeysuckles: 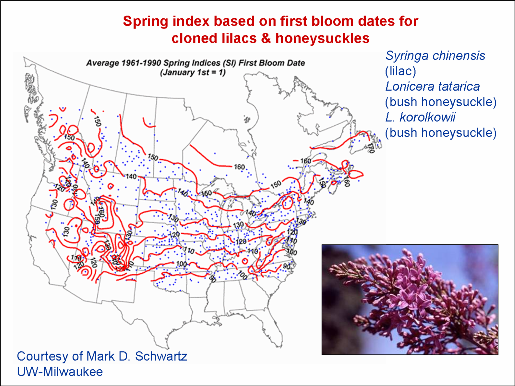 With information from common garden networks like these, scientists are able to see how identical plants are affected by warmer temperatures, which are likely to represent the climate of the future. 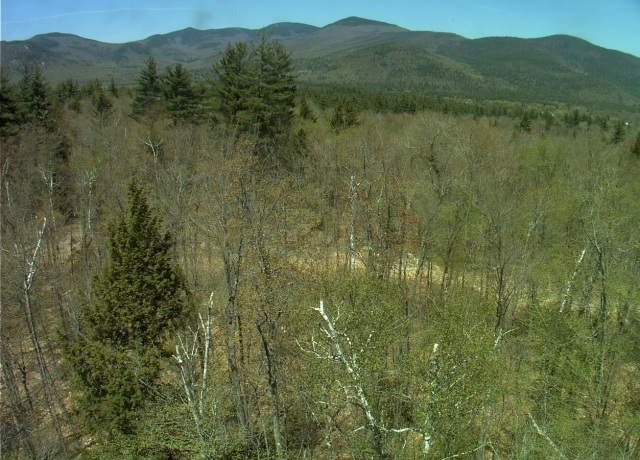 Since our project started eight months ago, approximately 7,000 participants have made over 105,000 image classifications. And, although the project has come a long way, there are still many more images to be classified before our staff can begin to use those classifications to address some important research questions. For this reason, we are launching our first ever Spring Challenge today.

For this challenge, we are asking for your help to finish classifying the remaining 9,512 images of spring. Our current rate of classification is about 2,000 classifications per week, so it would take about 4 months to finish these classification with no push. With the Spring Challenge, we hope to get all spring classifications completed in a little over a month. Once all the images from spring have been classified, our group will then be able to start generating research findings from those classifications. This is when you get to see all of your hard work really pay off!

To meet our goal, we’re going to need all the help we can get. Encourage friends and family to participate (one classification takes less than a minute!) and share information about the challenge via social media. You’ll continue to see updates posted on our project landing page, our Facebook page, and via Twitter (@SeasonSpotter). Thanks for all your continued support of our project! Click HERE to get started! 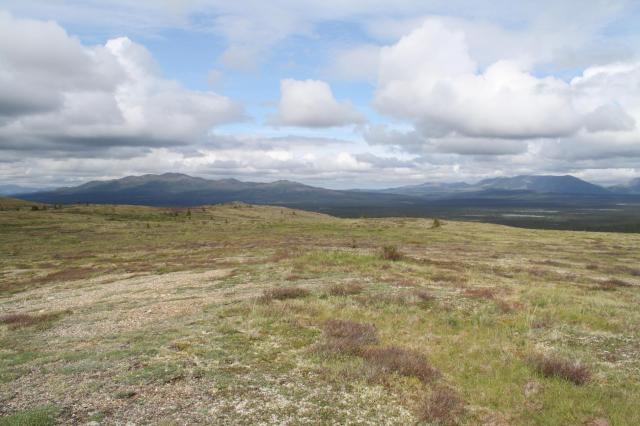 Boreal tundra greens up in Lake Clark National Park and Preserve in Alaska.